Once upon a dice in the west

As previously mentioned in this blog, I've found bags of cowboys and indians clones in the store, so cheap that not buying them was actually not an option. I wanted to use them for some kind of tabletop gaming, but for figures this cheap I did'nt want to spend a lot of money on buying rules. -Which often are complicated and take a lot of time to read anyway. I wanted some fast, very simple, skirmish, playable and fun rules which captured the cinematic feeling of western-movies and didn't demand more much more than a tapemeasure and some d6' besides the miniatures.

On 'Whitewash City' I found some links to a lot of both cheap and free Wild West rules, but many rules were no longer available. I ended up with creating a homebrew I named 'Once upon a dice in the west'. Please have a look at them and feel free try them out. Feedbacks  are appreciated. 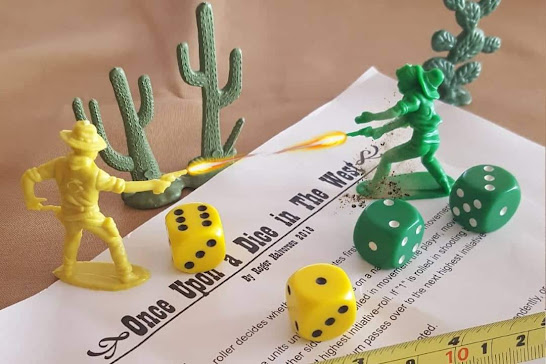 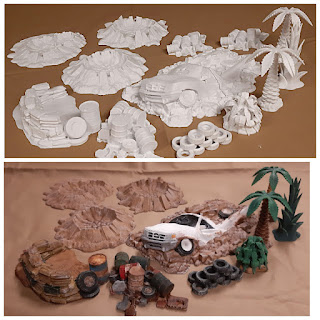